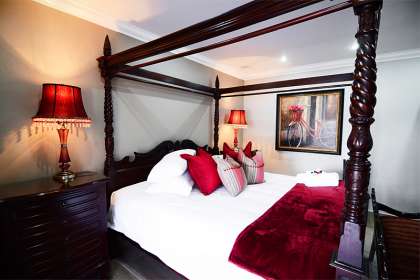 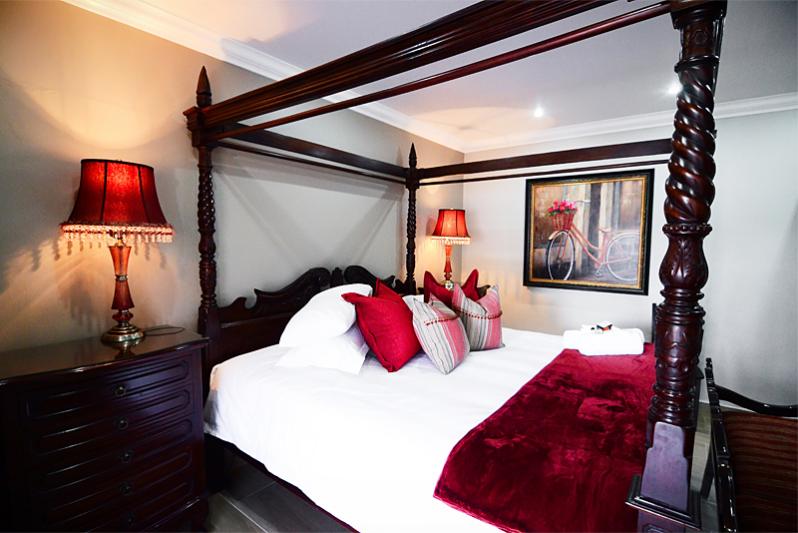 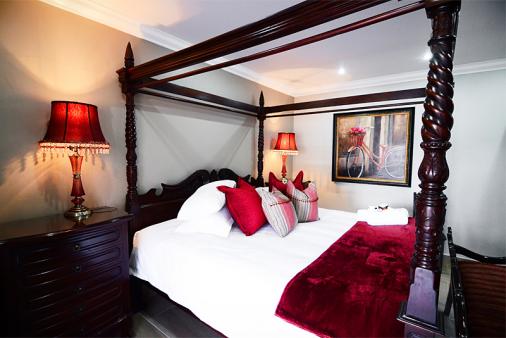 ...Enjoy serenity, luxury and privacy at the beautiful Abella Bed & Breakfast, situated in Vryburg, the agricultural heartland of the North West province. We strive to maintain a homely atmosphere, with pleasant and welcoming rooms for our visitors that will ensure a restful stopover whilst on their travels. In addition to the modern comforts that you would expect from a top quality guesthouse, such as secure parking, fully air-conditioned rooms and TV/DSTV, free Wi-Fi, bar fridge, microwave, kettle and safe, Abella bed and breakfast is also within easy walking distance to shops and other amenities in Vryburg. Our bed and breakfast accommodation consists of: Honeymoon suite - X Super king size bed. Family room - 2x ¾ beds which can be made up as a king size and 1x single bed. Deluxe double rooms x 2 - 2x ¾ beds can also be made as king size bed. Double room - 1x Double bed. Triple room - 3x ¾ bed. Can be made as 1x king size bed with 1x ¾ bed. Situated on the N14, due west of the towns Orkney and Klerksdorp, the historical town of Vryburg has plenty to offer her visitors. Although there have been many modern architectural changes over the years, the history of Vryburg is still very much in evidence in the form of national monuments, which include an old stone church dating back to 1904 that was built by the London Missionary Station. Vryburg boasts two restaurants, a golf course, a shopping mall just a short drive away in Taung, and is host to an agricultural show that takes place every year.
From R485
Per person, per night sharing
Sleeps 11 in 5 units / rooms
Instant Booking Facility Instant Booking
View the full Town List

Vryburg is situated on the N14 National Road, which runs from Johannesburg in the Gauteng Province in a southwesterly direction to Vryburg. When the Republic of Stellaland was established in 1882, Vryburg was it's first capital.

The first and only president was G.J. van Niekerk because in 1885 the British seized the town and incorporated the area into British Bechuanaland.

In 1895 Vryburg became part of the Cape Colony. During the Second Boer War, the British built a concentration camp in Vryburg to house Boer women and children.Later the Cape Colony became the Cape Province, one of the four provinces of the Republic of South Africa. In 1994 nine provinces were established and Vryburg became part of the North West Province.The town of Vryburg has lots of bed and breakfast options available. There is also a municipal caravan park and camping site in town.

Just north of Vryburg is the Leon Taljaart Nature reserve. The reserve is home to more than 100 species of birds. Also in the reserve you will find blue and black wildebeest, some mountain and Burchell's zebra, white rhino, buffalo, duiker, giraffe, eland, gemsbok, springbok, red hartebeest and some blesbok.